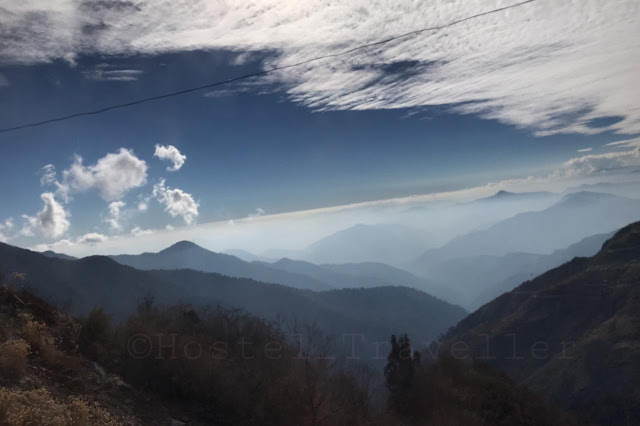 Despite being the least populated state in India, Sikkim is a paradise for nature lovers.  Situated in the northeastern part of the country, Sikkim is bounded by West Bengal in the south and with Bhutan in its southeast, Nepal in the west and the northeastern part of the Tibet Autonomous Region of China.  Beautiful mountains, deep valleys and biodiversity make Sikkim a favorite destination for tourists.  Gangtok is the capital and largest city of Sikkim and is situated at an altitude of 5500 feet on the hills of Shivalik.  The beautiful Kanchenjunga, which is the third largest mountain in the world, can be seen from Gangtok.  The total area of ​​Sikkim is about 7000 square kilometers with a total population of 6 lakhs.  In most areas, the summers in the hills, Sikkim, are soothing as the temperature does not exceed 28 degrees, while residents say the freezing temperatures dropped during the winter to below freezing during winter.  Sikkim became a part of India in 1975 and since then, the political structure of the state follows the rest of the country.  The legislative assembly consists of 32 members properly elected through elections.

About the demographics of Sikkim


The population of Sikkim does not exceed 6 lakhs, comprising 50% males and 50% females.  The Lepchas were the original inhabitants and the natives of this place.  Most industrialists in Sikkim have Lepchas since birth.  Bhuddis, or people who have come from the Kham district of Tibet, are the second ethnic group of Sikkim.  They were known to bring Buddhism to this place and were great farmers and traders.  The third ethnic group is formed by Nepal which forms a major part of the population in Sikkim.  In the northern and eastern parts of the state, some families of Tibetans are found.  Apart from these, some Bengali, Marwari and Bihari caste residents, who migrated to the place a few decades ago.  Buddhism and Hinduism are the two religions prevailing in this state.  Although the first people were of Lipcha origin, there is a small Christian community of people converted to Christianity by the colonial British.  There are small number of Muslims here though, despite having so many religions in different religions, there has never been any communal riots or protests between them. 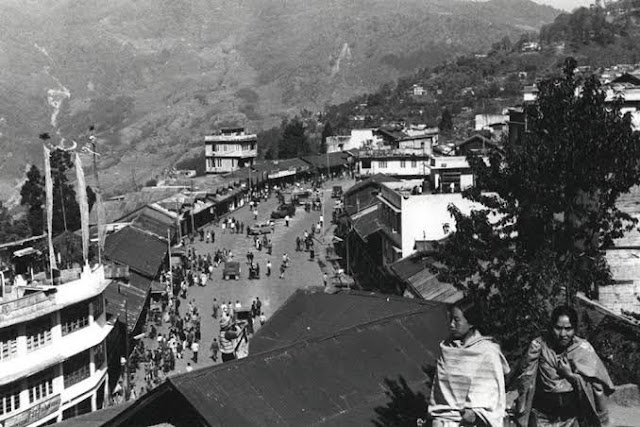 Sikkim has an important political past that reflects many important events related to tribal rulers, including the British authority as well as the inclusion of the state as a part of India.  The three tribes, the Mon, the Naong and the Chang, invaded and asserted them in the 17th century before they were used in the Kingdom of the Kingdom.  During this time, the monarchy existed in Sikkim and the most prominent state was that of the Chogis, who were the undisputed rulers of the state.  When the British arrived in the country, the Emperors of Sikkim allied with them to fight Nepali and Bhutanese, who were gradually creating threats for them.  With Indian independence in 1947, the state became a protectorate under India, which took on the responsibilities of defense, external relations, as well as strategic communication.  However, at the time of passing, the residents of Sikkim wanted more political freedom through democracy and hence five elections were held before 1975.
About the society and culture of Sikkim 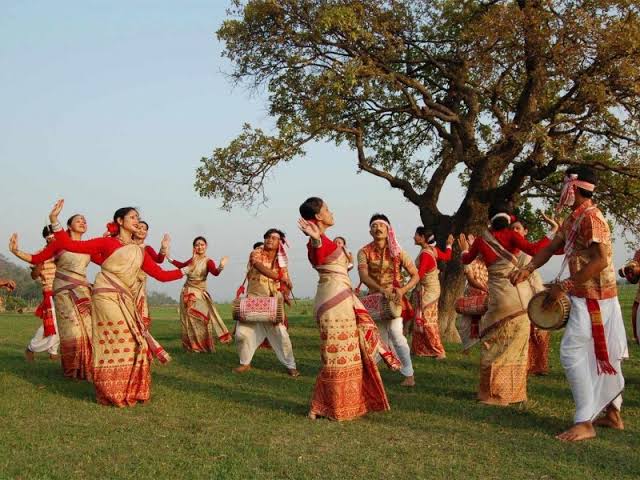 Sikkim has a rich cultural heritage, which is due to the combined tradition of Hinduism and Buddhism being completely mixed with Lepchas.  Since Sikkimes follow Buddhism, their festivals are simple, less packed, yet colorful. Buddhist festivals such as Drukpresi, Pang Lubasol, Saga Dawa, Lawsong and Dasain are widely celebrated in most places.  Drinking the famous millet beer from the Himalayas indicates celebration for special occasions such as festivals and weddings.  Friends and dances are common during such ceremonies.  The mask dance of Sikkim by the Lama in the courtyards of the monastery is one of the most colorful dances in Northeast India, reflecting the true essence of the culture of the place.
About the language of Sikkim
According to the demographic landscape of current Sikkim, a total of six languages ​​are used by residents to communicate with each other.  Nepali is the lingua franca of the state, since Nepalese constitute the majority of the population although this language belongs to the Indo-Aryan family. The next widely spoken language is Bhutia, which has a strong connection with the Tibeto-Burman family of languages.  Other languages ​​hail from the same family and are widely popular among people Lepcha, Sherpa and Limbu All these languages ​​are taught in different schools and are declared as the official language of the state.
About education in Sikkim 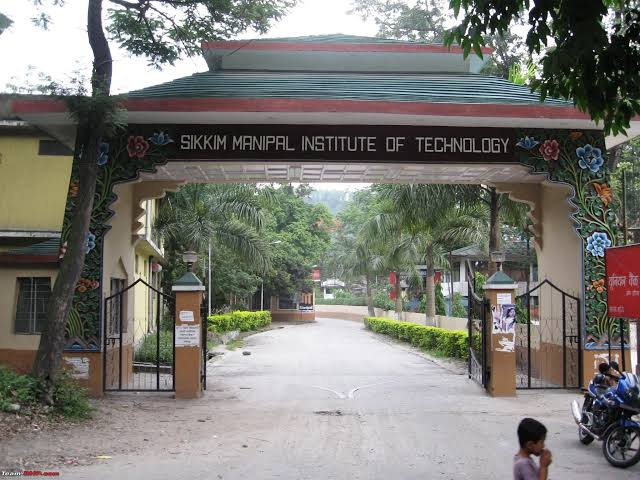 As far as education is concerned, Sikkim cannot compete with other states of the Indian subcontinent due to lack of adequate land and facilities.  There are about 1150 schools that provide elementary primary and secondary education to children.  More than half of them are run with the help of the state government while the rest are run by private organizations.  Some schools are affiliated to the Central Board of Education.  There are about 15 colleges in the state, which are dedicated to imparting higher education to interested candidates.  The Central University of Sikkim is located in Gangtok.  There are other private universities such as Sikkim Manipal University of Technical Sciences at Gangtok, which offer degrees in medicine, engineering and management.
About Tourism in Sikkim 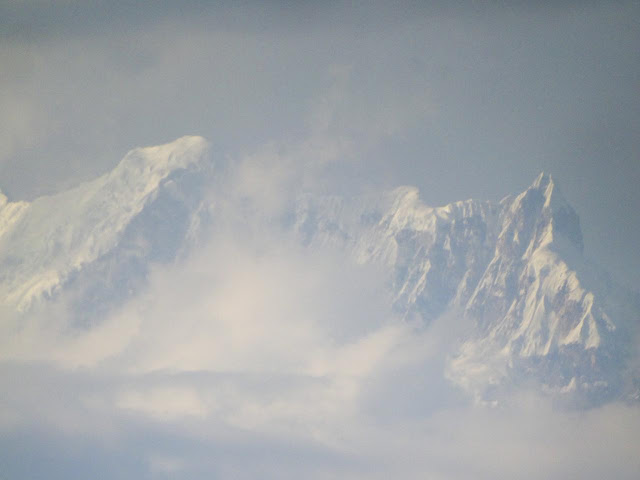 Small but picturesque with lush greenery, beautiful mountains and breathtaking range of biodiversity, Sikkim is definitely a paradise for tourists.  The peace and tranquility of Mother Nature has been restored at this place.  Man-made temples and temples, museums, national parks have relaxed to attract tourists from all over the world.  Being covered through the Himalayan ranges, travelers can visit many places in the state, including Singhik to Kanchenjunga at its nearest, Chungthang with exciting river rafting and historical significance, to see the rural beauty from snow in Kabi Langchuk, Yumthang  Can see to experience covered valleys. To read more click here…..
About Transport of Sikkim
Sikkim, despite a hilly terrain, is well connected to the rest of the country.  The nearest airport is Bagdogra, a few hours drive from the capital city.  One also connects the state with Indian Airlines, Deccan Air Service, Jet Airways and others such as Kolkata, Delhi and Guwahati.  As Sikkim is a tourist’s delight, the Sikkim Tourism Department operates five-seater helicopters from Bagdogra to Gangtok to reach it faster.  There are two railway stations that connect the state with the rest of the country, one at 114 km in Siliguri and the other at New Jalpaiguri, about 125 km from the capital.  Gangtok can be reached by road.
What to eat in Sikkim 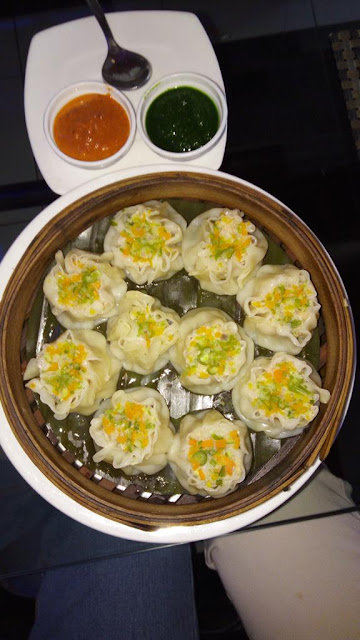 Be it slap or pucca, Tibetan dishes are always tasty to the last spoon.  Rice is the staple food in local cuisine.  For those who want to taste the taste of street food, a refreshing local beer served in momos,  wooden mugs, is a good bet.
In addition, well-known restaurants here offer non-vegetarian Indian, Nepali, Chinese and Italian cuisine as well as brewed beer and hot drinks.  Dragon’s Den on M G Marg, Little Italy in Deoli and Oberoi’s Barbeque Gangtok in New Market are the most booked restaurants.  Family Restaurant, Metro’s Fast Food, and Krishna Restaurant are popular vegetarian restaurants in Gangtok
About Sikkim Hotels
The state has star and non-star category hotels catering to the needs of tourists visiting the place.  Apart from traditional housing, the state has government-run guest houses, privately owned house dwellers and other budget options.  Mayfair Spa Resort & Casino, Elgin Nor-Khil, Hotel Sonam Delek, Bamboo Retreat Hotel and Hotel New Orchid are some of the luxury hotels in Gangtok.
Budget travelers can check out the Posting Guest House, Hotel Dragon Inn, Ashishkhim Guest House and The Royal Oaks.  Guest houses and hotels in Yuksom, Pelling and Lachung can be booked online or upon arrival as availability.
How to go to Sikkim
By air
The state of Sikkim does not have a commercial airport.  The nearest airport is Bagdogra Airport (IXB) near Siliguri in West Bengal, about 125 km from the state capital Gangtok.  Bagdogra is connected to cities like Delhi and Kolkata by regular flights.
By Road
The state is accessible from the northern regions of West Bengal.  Darjeeling, Kalimpong and Siliguri are directly connected to Gangtok and other cities of the state.  But during the monsoon, landslides and avalanches form temporary blocks in road transport.
By Rail
There is no rail network in Sikkim. The nearest railway station is New Jalpaiguri (near Siliguri), which is three hours away from Gangtok by road.  New Jalpaiguri station is connected with major cities of India including Kolkata and Delhi.  Operating shared taxis or local buses between Gangtok and New Jalpaiguri.
You can click here to know about the Tourist destination in Gangtok……..