Skip to content
PURI – JAGARNATH OF THE DHAM IN CHAR DHAM
Puri is a city in Puri district of Odisha state, India.  It is also the headquarters of that district. It is one dham among the Chardham . 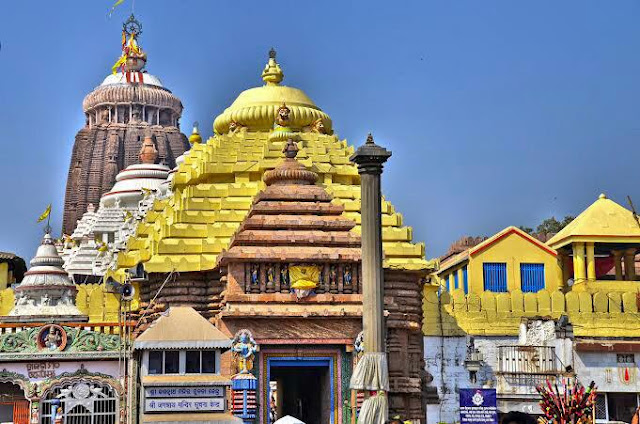 HOW TO REACH PURI?
By rail : Jagannath trains run from all the major cities of India. Which has direct express and super fast train links with New Delhi, Mumbai, Kolkata,  Ahmedabad, Tirupati etc. Some important trains are Kolkata (Howrah), Puri Howrah Express, Jagannath Express, New Delhi, Purushottam Express etc.
By Flight : There is no airport in Puri. The nearest airport is Bhubaneswar Airport. Puri is 60 km from Bhubaneswar.
By Road  : Odisha has a good network of roads. Many expressways and roadways pass through Odisha, Bhubaneswar, the capital of Odisha, comes on the National Highway, which connects metros like Chennai and Kolkata. Apart from this, National Highway numbers 5, 6, 23, 42 and 43 pass through the state.
Best time to visit puri
The whole is located along the Bay of Bengal. The weather here is greatly influenced by the sea. It rains heavily during the rainy season. The summer season is hot and the temperature is between 27 to 45 degree Celsius. October to March is the best time to visit Puri. 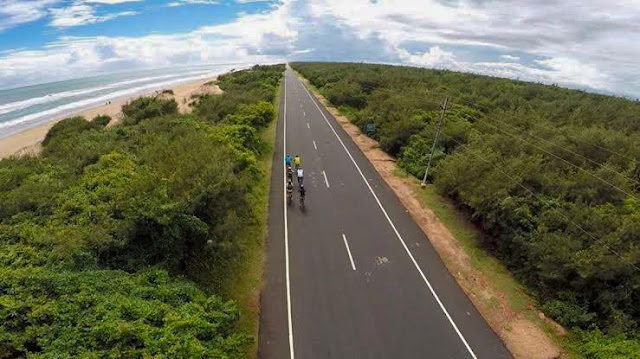 HOW TO PLAN FOR THE JOURNEY OF JAGANNATH?

How many days to book a room?
Jagannath Puri : – To cover all the sights of Jagannath Puri, book a room for two days.
Where to book room in Jagannath Puri?
where to book room in jagannath puri?
There are many hotels in Jagannath Puri’s temple complex. There is also Dharamshala. There is also a hotel on New Marine Drive Road, adjoining the sea.
Devotees of temple administration: –
AC, non AC room is available in Nilachal Bhakta Niwas and Sri Gundicha Bhakta Niwas from 400 to 1180.
Both the devotees can book the temple administration’s web sai by visiting www.jagannath.nic.in to book the room online.

Jagannath Temple is located in the entire city of Odisha state. Jagannath means Jagannath, the Nath of the world. Jagannath is one of the four Char Dham. This temple is the temple of Vaishnav sect. Which is dedicated to Shri Krishna. In the Jagannath temple, Lord Jagannath sits with his elder brother Balabhadra (Balarama) and sister Subhadra. Puri has many names. It is also called Purushottampuri and Shankhakshetra, because the shape of this region is similar to that of a conch. The Shakta calls it the Udian Peeth. The largest kitchen in the world is also here, where food is made for one lakh people every day during the Rath Yatra festival and on the normal days the kitchen of 25 thousand people is prepared.

TEMPLE ARCHITECTURE
The Jagannath temple is spread over an area of ​​four lakh square feet and is surrounded by a twenty feet high boundary wall. This temple is built in Kalinga style. The height of the temple is 216 feet. On the summit of the Jagannath temple is the Sudarshan Chakra made of octal metals. It is called the Nilachakra, and is 3.5 meters (11 ft 8 in) high with a circumference of about 11 meters (36 ft).
The four directions in the temple are four gates :
1) Leo Gate: – is in the east direction. Where the common people are given entry.
2) Horse gate: – is in south direction. VIPs enter through this gate.
3) Elephant Gate: – is in the west direction. The priest pandits enter from this gate.
4) Vyagrah gate: – is in north direction. Disabled, sick persons enter through this gate.
SIGHTSEEING JAGANNATH COMPLETE
PLACES TO VISIT IN JAGANNATH PURI
Chilka Lake 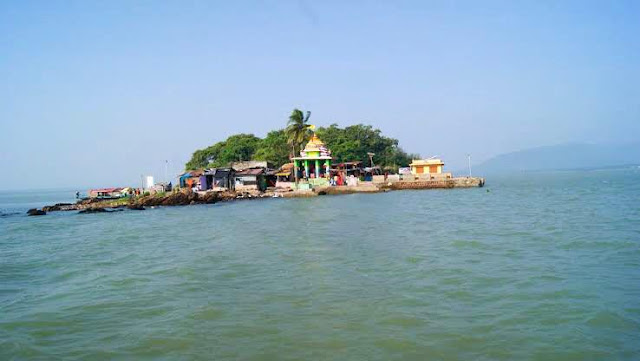 Chilka Lake Major Attractions: – Countries of dolphin fish and many species have come from abroad.
From Puris to Chilka Lake: – 55 minutes.
Bus to Chilka: – The bus runs by OTDC (Odisa Tourism Development Corp.). Private bus also operates.
Chilka Bus Online Ticket Booking: – You  can book tickets online by visiting OTDC website  visitodisha.org .
OTDC just did: – Rs. 320 / – per person
holding OTDC bus: – Panthanivas, Puri.
OTDC Bus Time: – 4 AM
If you go completely, you must go to Chilka Lake. There are many small islands in Chilka Lake. Birds Island, Honeymoon Island, Parikud Island, Malud Island, Nirmaljhara Island, Kalijai Island, Nalambana Island are made. Diesel engine boats go to these islands. Boat shares on the island take a base fare of Rs.200 / – per person and private boat fare of 2500 to 3500. Traveling to the island takes three hours. You will never forget the journey of these islands in your life. Dolphins are also found in this lake. More than 150 species of fish, prawns and crabs etc. are found in its waters. The largest saline water lake of Asia. Chilika Lake is 40 km long and 30 km wide. It borders the three districts of Puri, Khurda and Ganjam. And eventually joins the Bay of Bengal through a small mouth. The water of this lake remains saline from December to June. Its water becomes sweet during the rainy season. It has an average depth of 3 meters. About 160 species of birds are found in this lake. Countries fly abroad from far-flung areas. Some birds reach Chilka Lake by covering distances of more than about 12000 km.
Sakshi Gopal Temple 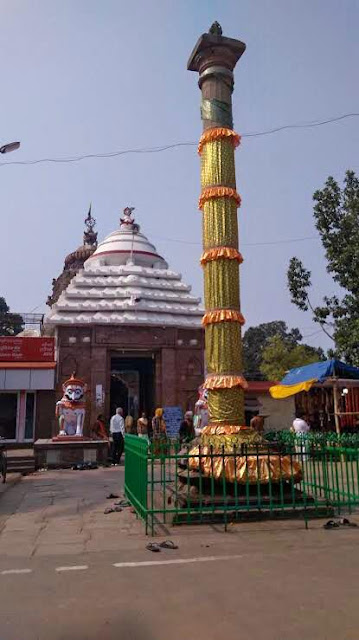 It is 20 km from Bhubaneswar highway. One of the most sacred temples of Puri, Sakshi Gopal Mandir is built in Kalinga style. The temple is very beautiful. Here Shri Krishna resides with Radha. This temple is crowded with tourists throughout the year. It is said that the Jagannath Darshan is not complete until you visit this temple. Entrance to the temple is free. Beware of Pandas, devotees do the work of looting. They are asked to take tickets for entry into the temple which is liberating.
Gundicha Temple
This temple is located at the other end of the Grand Road, 2 km from Jagannath Temple. Gundicha was Sri Krishna’s aunt. There is not much activity here except for the Rath Yatra. Statues of Krishna, Subhadra and Balabhadra visit this temple and stay there during the Rath Yatra.
Loknath Temple
It is situated one kilometer away from Jagannath temple. It is very famous Shiva temple. It is believed that Lord Rama established this Shivling with his own hands at this place. This ‘Shivling’ is under water. Because the water continuously comes out of it. It is only on the festival of Shivaratri that all the water is taken out for worship. Then ‘Shivling’ can be seen.
Chandan Pond
Chandan Pond is located on the Grand Road around 2 km from Jagannath Temple. This is the place where the sandalwood ceremony is held on 42 days April to May.
Markandeshwar Shiva Temple
Markandeshwar Shiva temples are located close to the Puri-Brahmagiri road, about 4 km away from the Jagannath temple. This temple is one of the five Panch Tirthas in Puri Dham. It is surrounded by trees and is a very beautiful place of ghats. Bathing ghats are available for tourists in the southern part. Ghats for rituals like people Pind Daan, Mundan etc. But they do.
Bedi-Hanuman Temple
This temple of Bedi Hanuman is half a kilometer away from Puri railway station. In the Jagannath temple, the sea was frequently damaged. Hanuman was appointed by Lord Jagannath to protect the temple. But Hanumanji used to leave the beach and come to the temple to see Jagannath again and again. The sea used to take advantage of the opportunity and damage the temple again. Therefore, Lord Jagannath gave fetters to Hanuman ji’s feet so that Hanumanji could not come back to the temple. That is why it is called Bedi Hanuman.
Sonar Gaurang
It is close to Bedi-Hanuman temple. There is a golden idol of ‘Shri Gaurav Mahabhavam’ here.
Chaknarayan and Chakradhar
In front of the ‘Bedi-Hanuman Temple’ is an old temple of ‘Chakanarayan’, behind this temple near the beach is the ‘Chakra-tirtha’, the wood from which ‘Vishwakarma’ made the first idol, he came out of the sea at this place. Went.
Ashtchandi Temple
The eight moons together are called Ashtchandi. Which include Mata Mangala, Bimal, Sarvamangal, Ardhasani, Alamba, Dakshinakkal, Marichika and Harachandi.
Yameshwar (Jameshwar) Temple
About half a mile away in the south-western direction of the Jagannath temple, is a small temple dedicated to Lord Shiva. It is an important Shiva temple in Puri. Devotees who visit the Lord Jagannath temple also visit the Yameshwar temple. There is Shivling which is 6.40 meters below the present ground level. The Pandavas spent one night here and worshiped Lord Vishnu for the protection of their journey.
Chakra Narasimha Temple
Puri has an important pilgrimage center. It is located at the northern end of the city of Puri and 3Km from the Lord Jagannath temple. This temple is dedicated to Lord Narasimha. Locals are known in this temple in various names like Chakra Narasimha Temple, Chakra Narsingh Temple and Chakra Narayan Temple.
Ramchandi Temple
Ramchandi Temple is located near the entire railway station. This temple is dedicated to Goddess Ramchandi. The temple is 40 feet high and faces south from the ground. A beautiful six-handed idol of Ramchandi Devi is adorned. Lord Rama worshiped the goddess here to conquer Ravana.
AlvanathTemple
This temple is completely located in the 23 km Brahmagiri. Between Puri and Satpada (Chilka Gate). The Alavarnath Temple is dedicated to Vishnu. It is believed that Lord Jagannath appears as Alavarnath Dev in the Alvanath Temple when Lord Jagannath does not exist in Puri on Krishnapaksha. Instead of visiting the temple, people come to visit this temple.
Konark Temple 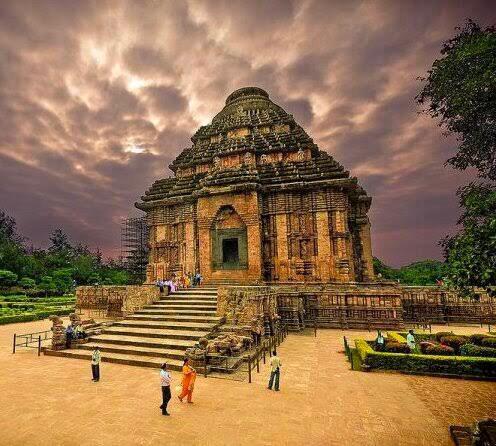 This temple is also called Arka Khetra.  The three separate chambers of the temple are decorated with three images of the Sun God.  These images are placed in the temple in such a way that the sunlight falls on them in the morning, afternoon and evening.  This 13th century temple was built by King Narasimhadeva I and was completed in 12 years by 1200 artisans.  The temple was built as a horse-mounted chariot with 24 wheels.  Now that this temple is in ruins form, this majestic temple is still considered an architectural wonder.
Chandrabhaga Beach 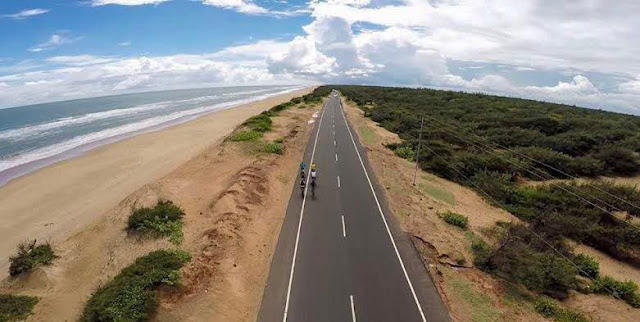 Chandrabhaga beach is located near the famous Konark temple which is a clean beach.  You should visit this beach during sunrise and sunset as this place becomes even more attractive with the  golden rays of the sun.
To know about Digha click here….

Bhubaneswar The city of Temples