Deoghar – Among the 51 Sakti Peeth 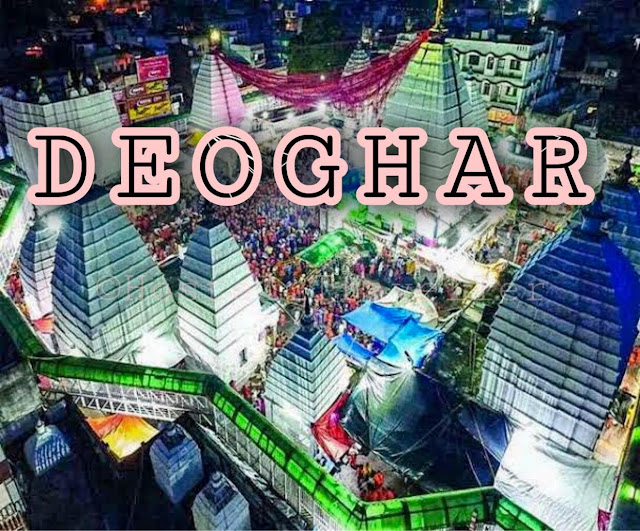 Deoghar, the famous Hindu shrine, is also popularly known as Baidyanath Dham.  It is also a famous health resort.  Deoghar is surrounded by forests and is situated on a wavy landscape.  There are also small hills here.  There are 22 temples in the main temple complex of Deoghar and it is included among the twelve most important Jyotirlingas of India.  Thousands of devotees visit this ancient temple of Baba Baidyanath to worship Lord Shiva in the month of Shravan.
Many devotees walk 100 km from Sultanganj to the temple, and complete their pilgrimage via Basukhinath.  A Jyotirlingam holds great significance for Hindu devotees, and Deoghar is considered the abode of the deities.
Yamunajor and Dharua are the two rivers flowing near Deoghar.  Deoghar, the city of temples, is a popular holiday destination.  The scenic beauty and good weather of this place makes it a popular destination in terms of health tourism.

History of Baba Baidyanath Dham
Ravana imprisoned many gods, Yakshas and Gandharvas and kept them in Lanka. Ravana wanted Shivji to leave Kailash and stay in Lanka so that he could rule Trilok.  To please Shiva, Ravana started meditating in the Himalayas.  Ravana cut his head one by one and started climbing on the Shivling.  When his last head was saved, Shiva appeared.  Ravana asked to ask for the bride.  Ravana expressed his desire Shivaji left Kailas and stayed in Lanka.  Shivji gave Ravana a Shiva Linga and laid the condition that while going to Lanka, Shivalinga could not be placed on the earth below.  If placed on the earth, the lingam will be installed the same.  Ravana accepted Shivji’s condition and proceeded towards Lanka.  All the gods got nervous.  If Ravana establishes Shivalinga in Lanka, he will become even more powerful. All the gods went to Lord Shri Vishnu.  Lord Vishnu ordered Varun Dev to enter the stomach of Ravana. When Ravana reached Devghar, he felt short-tempered.  Ravana could not make a small statement about Shivalinga. Then Lord Vishnu took the form of a cowher named Baiju.  Ravana’s eyesight fell on the cowherd.  He gave Gwale the Shiva Linga and said that till I do not return, do not keep the Shivalinga on earth.  Ravana kept on talking about it for several hours, but was not taking the name of his short breath.  Gwale installed the Shivalinga on the earth.  When Ravana returned.  He saw that the Shivling is installed on the earth.  He tried hard to lift the lingam but could not succeed.  Lord Vishnu, created by Lord Vishnu, came to understand Ravana.  Ravana became angry and buried his thumb on the Shivling and went to Lanka.  For this reason, the lingam of Deoghar is suppressed below.  Brahma, Vishnu, etc. gods came and worshiped the Shivalinga.  The guelle that established the Shivalinga was named Baiju.  This is why it became famous as Shivling Baidyanath. 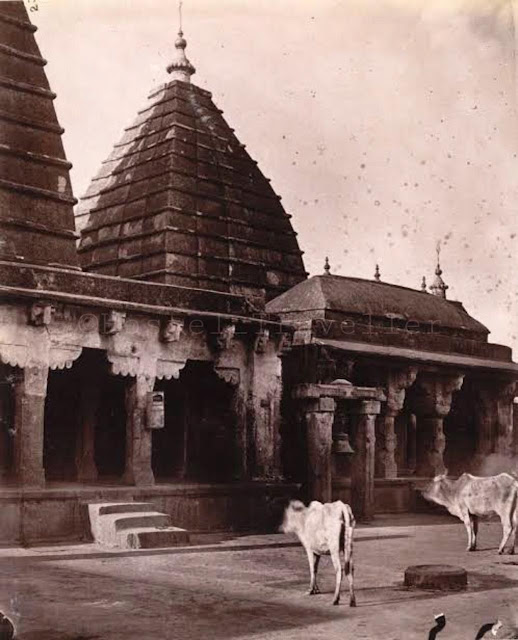 Tourist places in and around Deoghar
The major tourist attraction here is Baidyanath Temple.  Other popular tourist destinations are Ramakrishna Mission Vidyapeeth, Trikut, Satsang Ashram, Navlakha Temple,Shravani Mela, Sivaganga, Devasangha Math.  The beautiful hills called Nandan Pahar is a popular picnic spot and there is also a Nandi temple.
Deoghar is a Shakti Peeth
Shakti Peetha is one of the 51 Shakti Peeth of Devghar Mata and is known as Hadrapith.  Mother Sati’s heart fell here.  Jyotirlinga and Mata Sati together do not get to see anything together.  Hence the importance of Deoghar is more.
Shravan Mela 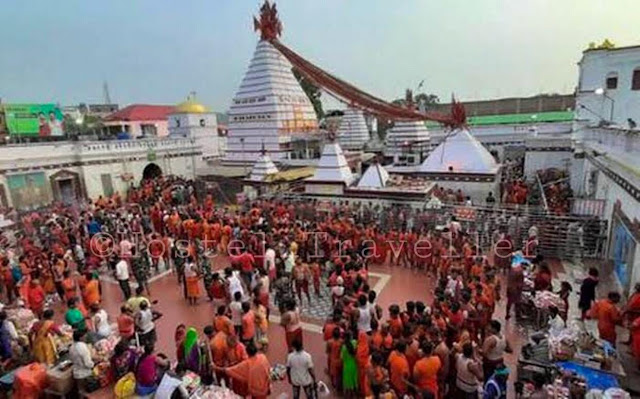 Religious belief Nusar is in the month of Shravan when all the deities go to rest.  At that time, Bholenath sits on the earth with Mother Parvati and resolves the problems of her devotees.  People believe that in Shravan month, Shiva resides in Ajgabinath Dham in Sultanganj Bihar and Baba Dham in Devghar.  Shivji loves Ganges water very much.  Ganga is the Uttaravahini in Sultanganj Bihar.  Lord Shri Ram had anointed Baba Baidyanath with the water of Ganga, the northwoman of Sultanganj.  Therefore, the importance of Sultanganj Ganga water increases.  Due to this importance, devotees reach Sultanganj in large numbers in the month of Shravan.  The Shravani fair starts on the next day of Aashaath Purnima.  After hanging water on two shoulders from the Sultanganj Ganga river, Kavadis chanting Baba Bam Bhole, reach Kavadi in Deoghar, 105 km.  A large number of old, children, young women participate in the Shravani fair.  In Devghar, an eight to ten coulometer long queue is used to pay obeisance to Baba Baidyanath.  The Shiva devotee takes Ganga water and walks 105 km from Sultanganj and reaches Deoghar within 24 hours.  It is called a postal bomb. In the temple, water is used to burn water from one vessel and water from another vessel is burnt to Basukinath Baba, 42 km from Deoghar.  If Jalabhishek is not performed on Basukinath Baba, the journey is considered incomplete.
The darshan and pooja timings in Baba Baidyanath Temple are given below.

The main temple gate of Baba Baidyanath is closed at 9:00 pm on normal days, but the door of the Baba temple complex is open all night. Darshan time is usually extended during Shravan Mela and many other occasions like Shivratri, Somwari etc.
Where did you stay in Deoghar –
There are many hotels near Tower Chowk, Jalsar Road, College Road, Deoghar Bus Stand of Deoghar.  Hotel available according to your budget.
How many days will Devghar Baba Dham visit – 2 days
In which month to travel: –
The time from October to February is the best time to visit Baba Dham.  Temperatures go up to 45 on summer days.  It rains heavily during the rainy season. 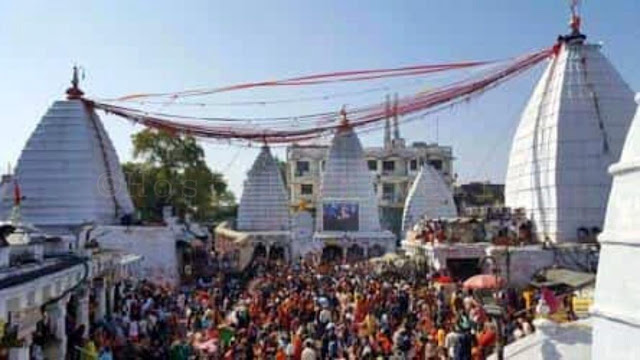 How to reach Baba Baidyanath Dham
By road
Deoghar is directly connected to major cities.  Kolkata (373 km), Patna (281 km), (Ranchi 250 km) is connected by road.  Regular buses ply from Deoghar to Dhanbad, Bokaro, Jamshedpur, Ranchi and Bardhaman (West Bengal).
By rail
The nearest railway station to Baidyanath Dham is Jasidih.  It is on the Howrah Patna Delhi line. Trains run for Jasidih from all major cities. It is 8 km from Jasidih to Devghar.  An auto rickshaw or taxi is available to reach Deoghar from Jasidih Railway Station.
By air
The nearest airport to Deoghar is Patna.  From Patna, you can reach Deoghar by train or taxi. From Patna, Devghar is 281 km.
To know more about Tourist Attraction click here….