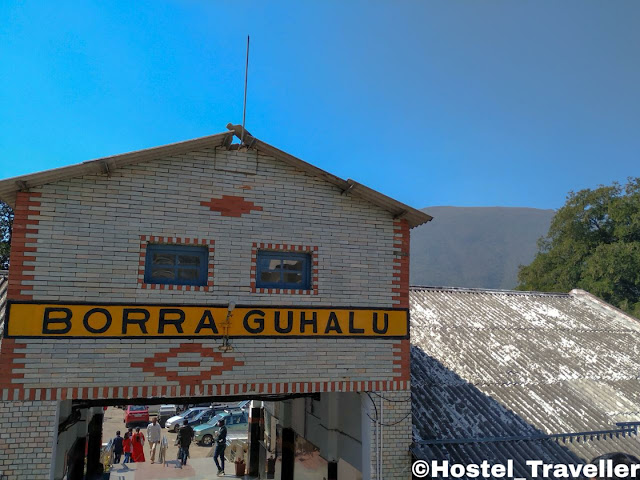 Borra Caves, locally called Borra Guhalu, are located on the east coast of India and are part of the Anantagiri Hills.  The caves are considered to be one of the largest caves in India and are at an elevation of about 2,313 feet above sea level.
The caves are a splendid example of beautiful spilothems (usually mineral deposits in the form of a second layer on the inside of a cave made of limestone), which are both large and small in size.  The caves have beautifully shaped stalagmites as well as stalactites.  The Borra Caves are made of karstic limestone, which goes 80 meters deep and thus makes Bora the deepest cave in the country.
It was William King George from the Geological Survey of India who accidentally visited the caves in 1807, and the area has since become a popular tourist attraction. 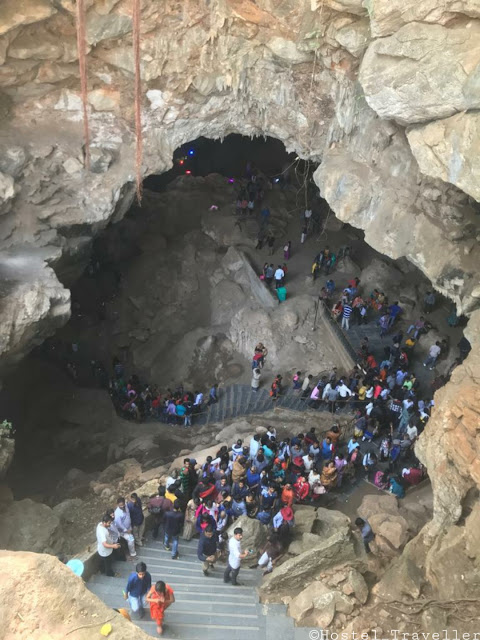 The Borra Caves are about 90 km from the coastal city of Visakhapatnam, in the Ananthagiri Hills of Araku Valley in the Eastern Ghats of India.  Is situated at a distance of.  Borra Caves are unique natural wonders of India.  It is the largest cave of natural stalagmite and stalactite in India.  You can see these types of caves in different parts of the world.  For example, I have seen similar caves in Texas in America, Slovakia in Europe, and also in Meghalaya, which are very similar to each other.  These caves are considered to be hundreds of millions of years old.

The roof and floor of these caves produce natural deposits called stalagmite and stalactite.  Their random structures make your imagination directionless.  But sometimes when these deposits dissolve, a pillar-like structure is formed.

These caves are usually located on the path of a river, due to which the water of the river flows through these caves.  Walking within the caves, you can see this flowing river.  The Borra Caves are the cradle of the Gosthani River.  This river flows from these caves to Visakhapatnam.

India is a country steeped in culture.  In our culture, there has been a tradition of seeing divinity in everything.  Deposits from the ground in these caves are often seen as Shivalingas.  You will find many such Shiva lingas in this cave.  One of these Shivalingas has been converted into a small temple, to reach where you have to go up through thin stairs.  Similarly, the rest of the structures made of these deposits are seen as avatars of other gods or as their vehicles or auspicious symbols.  Sometimes they are also associated with anecdotes of historical books.

Due to such beliefs, these caves have not been well maintained in India.  The number of these natural deposits is decreasing due to human touch.  Despite this, there are no restrictions on touching them.  The people here believe that these caves are not an outcome of any scientific or archaeological discovery, but are an integral part of the cultural life here.


Structures made of falling water 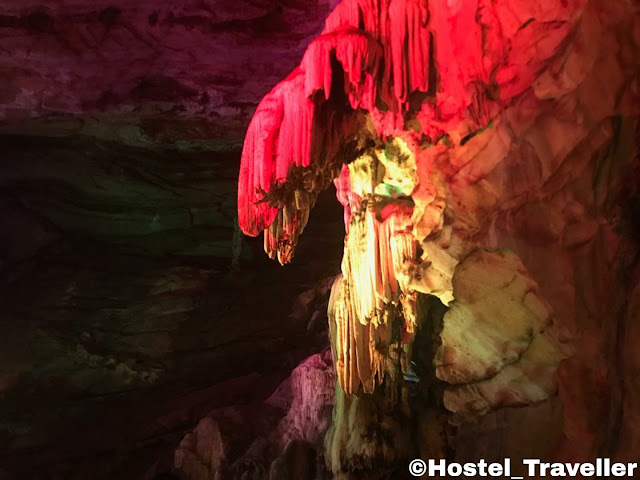 These structures made of falling water in Borra caves are called Jalshila in local language.  Here you will also see Sai Baba and other temples.  There is also Sita’s bedroom and bath, from where the yellow water flows.  It is believed that Mother Sita is taking a bath with turmeric, and this water comes from her bathroom.  But scientifically, it is only sulfur metal due to which the water appears yellow.  Here the structures of human mind, corn, monkey, elephant sitting, running horse, man’s feet and its mace, etc. are seen.  Of these, the structure of the human mind is very unique, because it is completely different from the rest of the stalagmite and stalactite structures.

There is a large rock here, with both ends connected by a long treaty.  The local people call these two parts divided by this treaty, in the name of both sons of Luv and Kush i.e. Mother Sita.  This unequaled view is worth seeing.  There is a hole on the roof of this cave, where the light from within illuminates the caves beautifully in many ways.  Standing at different places in the cave, you can see the different shades of this light.

The Borra Caves are divided into three stops, of which only the middle is open for people to roam.  The downstairs and the upstairs are not safe for ordinary passengers, due to which it is not allowed to go there.  The lower stop can be dangerous due to its connection to the river flowing below.  But when seen from above, this view of the river looks very beautiful.  Flowing through the white marble stones commonly found in this area, this river looks like a fickle young woman.

Borra means hole according to the local language of the region.  Borra has a large hole at the top of the caves, due to which it is given this name.  The anecdote states that, once a cow fell into this hole and thus the local tribal people came to know about this cave.  Along with this, they also came to know the origin of the river.  Therefore, on the basis of this incident, this river was named Gosthani (cow’s udder).  In this cave you will see a cow’s udder-like structure at a place from where the water drips, which falls directly on the Shivling located below it.

If you are traveling to Borra Guhlu by a train from East Coast Railway, then the guide will definitely tell you that this train actually passes over the Borra Caves just before reaching the station.  And inside the caves, you will see information boards of the railway, which give you complete information about this train.  Andhra Pradesh tourism has done a wonderful job of making paved paths in these caves.  And some lights have also been installed inside the caves, which allows the tourists to visit the caves.

I think you must see the Borra Caves.  These caves are truly unique natural wonders of India.  And one must also experience the journey of the train leading to these caves, which goes through many tunnels.