Best Places to Visit in Ahmedabad

Ahmedabad is the center of trade and commerce in Gujarat.  The commercial importance of Ahmedabad is an important tourist destination of India in the city. 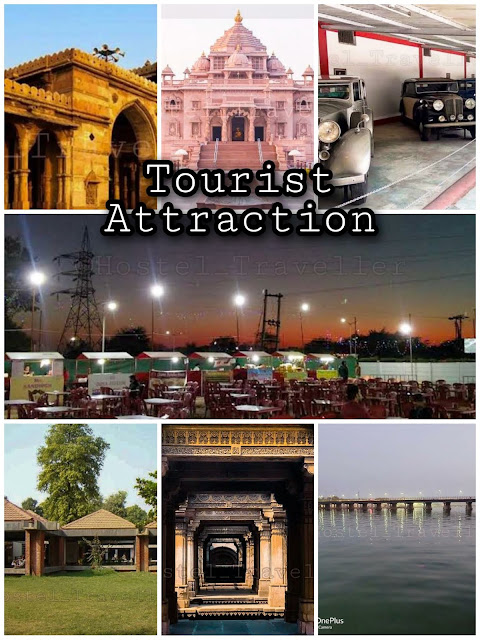 Here are the list Tourist Attraction places in Ahmedabad

Akshardham Temple
This temple is a temple of Swaminarayan sect who believe in Sanatan Dharma.  The temple was built with a pink stone which houses the statue of Lord Swaminarayan, the founder of this community.  The temple itself has a statue of Swaminarayan, which is completely overlaid with gold, and there is also a statue of Swami Gunatinand and Swami Gopalanand K on both sides.
The temple is three-storied – Hari Mandapam or Main Floor, Vibhuti Mandapam or Upper Floor, Prasadi Mandapam or Ground Floor.  The temple has 7 pillars, 210 single-stole beams, 25 domes and 8 jharokhas.  There is a beautiful carving on each pillar.  The steel has not been used in any way in the entire construction of this temple.  There are many types of work done on the stone in this temple.
There is also a light and sound show in this temple in which many things related to Sanatan Dharma are performed.  The show showcases the Vedas, the Puranas and several Hindu scriptures.  There is a passage here and 356 pillars are built throughout the temple.  There is a social harmony center where applied research is conducted which provides scholars with research opportunities. 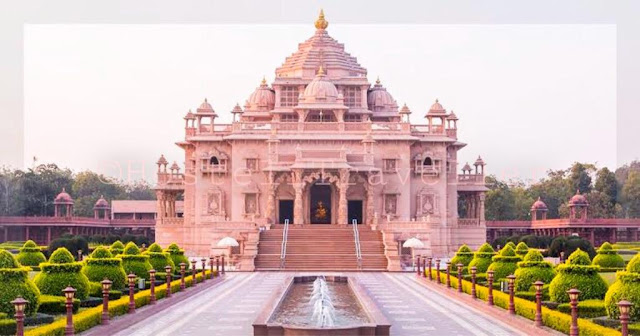 Gandhi Ashram
Gandhi Ashram is situated on the banks of the Sabarmati River and is also known as the Sabarmati Ashram.  It was founded in 1917 by Mahatma Gandhi.  This ashram is famous for Gandhiji’s Dandi March, from which Gandhiji started the Dandi March, the steps taken for the Salt Movement.  This ashram is a collection of Gandhi ji memorabilia.
Gandhiji chose this place as an experiment with his creative activities to make him self-reliant.  He started cutting and weaving cloth in this ashram.  He built and spread Khadi in this ashram.  If tourists go on a guided tour then they can visit many of the major places here – Magan Niwas, Upasana Mandir, Hadya Kunj, Vinobha – Meera Kutir, Nandini, Udyog Mandir, Somnath Chhatralaya, Teachers Niwas, Gandhi Memorial Museum, Paintings Gallery, My Life  See also my message, library and archives.
Archiv has many manuscripts, congratulatory letters, photo negatives, files etc., all related to Gandhiji’s life.  Vinova – Meera cottage is the place where Acharya Vinobha Bhabay and Meera Ben stayed several times, Upasana Mandir is the place where the people of the ashram used to pray and other places also invite tourists to come here.  Everything here is associated with Gandhiji’s life. 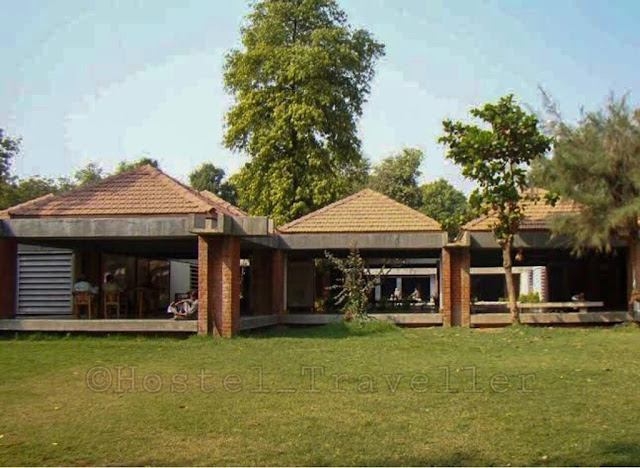 Manek Chowk
Manek Chowk is named after Sant Baba Manek Nath.  This story dates back to the 15th century when Ahmed Shah was building the fort, Baba creating obstacles with his super natural powers.  He used a woven mat, when the fort was built, he would remain calm during the day and when it was night, open the mat and destroy the built fort.
One day, Ahmad Shah asked that Baba that if he really had any power, he would show up in a bottle, later as soon as he entered the bottle, the Sultan grabbed it and burnt it.  Manek Chowk, is a jewelery market which is held in the afternoon and sells vegetables here in the morning and in the evening the market is completely surrounded by fast food bags.
A large number of people visit this market every day, this is the busiest market in the city. 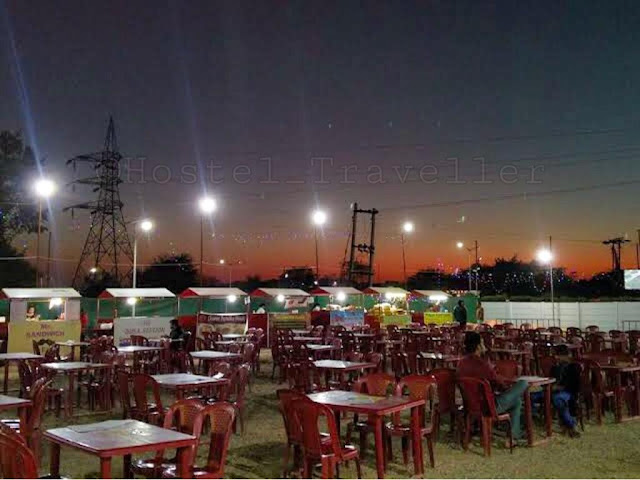 Auto World
Auto World is India’s largest collection of automobiles and is also the best in the world.  The collection is located in Dasta Estate of Kathwada, Ahmedabad and is basically a personal collection of Shri Pranlal Bhogilal’s old cars. The estate is located in an area of ​​about 2200 acres with more than 100 vintage cars like – Rolls –  Performances such as Roscius, Daimler’s, Langoda, Mercedes, Cadillacs, Buicks, Cherls, Bentley’s, Cord, Lancia, Packyard, Lincoln, Maybach etc.  She is engaged to Shree.
All these customization run according to the specifications made by its owner.  Many of these cars have been modified and can be used as per their objectives.  The history of traffic and automobiles is easily understandable after viewing this collection but in reality this museum is a symbol of power, style and wealth of a family.
There is an auditorium, a cafe, a souvenir shop and a station from where you can buy anything.  Tourists can also enjoy driving in these cars. 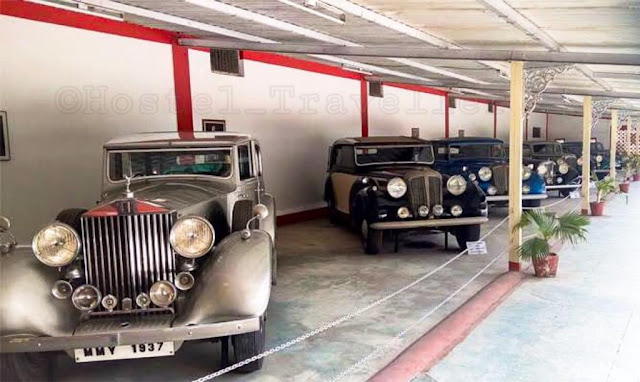 Adalaj Stepwell
Adalaj Stepwell  or Vav is a historic well located in Adalaj whose construction was started by Ranveer Singh.  You will clearly see the image and mastery of the architecture of that time in the well which will hypnotize you and take you back in the same period.  It is a wonderful piece of architecture.  Its architecture features Indian styles as well as Islamic styles. To know more click here… 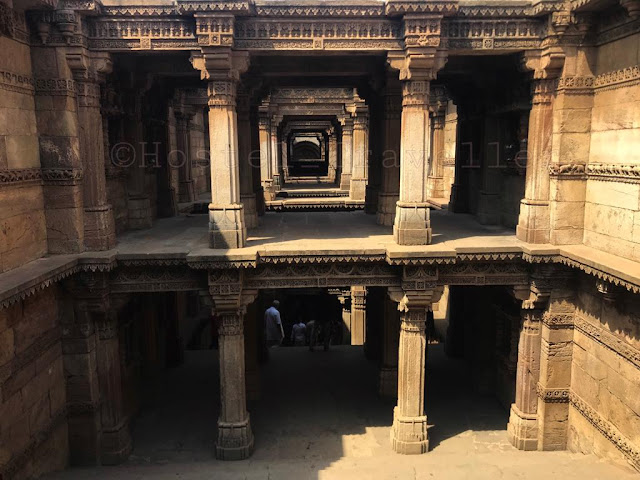